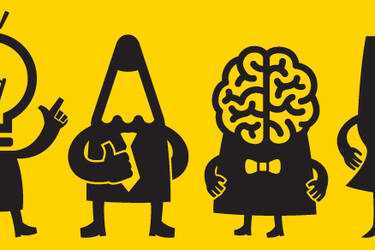 Teambuilding at a escape room game, why not?

Team building activities are meant to be fun and team bonding, but unfortunately often turn out to be boring and allowing people to fool around at the expenses of the company. Thus they often become what management does not want them to be. With the advent of escape room games the situation changed, and the new, hitherto unseen activity, took its rightful place not only in the "what to do" and "where to go" lists on TripAdvisor, but also in the arsenal of HR and director managers. The very principe of the game of escape boils down to group team work, coherent communication and ability to rely on co-players. Those are the exact same fundamentals pursued in efficient teambuilding, and that's why escape game looks like a match made in heaven for team building events. So if you are looking for a team building idea, we suggest you consider the escape the room game as one of the best options. Have a look at our list of the best escape rooms in Brussels for information & inspiration!

Team building in Brussels for every business

Brussels is the home town of many EU institutions and lots of international companies and holdings. Both them and local Belgian companies would feel good at the escape game, because its concept is so cosmopolitan : the live escape game was invented in Japan and became popular in Europe thanks to Hungary, as Budapest hosted and cultivated the first escape rooms. Escape game is somehow comparable with sports, where no matter what language you speak, you can play and enjoy. By the way, you can play an escape game not only with colleagues for the sake of teambuilding, but also with family and friends if you want to bring them together or break the ice in relationships.

Team building at escape the room game is definitely THE trend of today. Comparing with other classical teambuilding activities like visiting a sport match or going for a drink, which presumably will bond the team, the escape the room game is a proven way to rally the group together and show them how to be efficient and successful in their missions. And the best thing about teambuilding at the escape game is that cognitive and cohesion process happen effortlessly, in parallel with you and your colleagues having fun while using erudition and sometimes agility and sharpshooting in order to solve the riddles and escape the room in 60 minutes. Summing up the aforesaid, escape room is a worthwhile idea for teambuilding. Did you already make up your mind and are now searching for a suitable venue for team building in a escape room in Brussels? Take a look at our carefully prepared listing of all escape rooms in the capital of Belgium, we will be pleased to help you! Click here